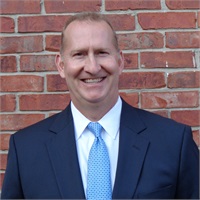 Scott was born and raised in Houston, Texas. He attended McLennan Community College for 2 years in Waco, Texas and was a pitcher on the 1983 NJCAA National Championship team. In 1985, Scott attended and played baseball his junior year of college at the University of New Orleans. Following his junior season, he was drafted in the 2nd round and signed with the Montreal Expos. Scott was considered a top prospect and pitched in the Expos organization from 1985-1987 until a shoulder injury ultimately ended his baseball career.

Scott entered the Financial Services industry in Houston, Texas with Equitable in April of 1990. He was a financial representative for 2.5 years where he was recognized as the Rookie of the Year in 1990 and leading New Agent case writer in 1991 before being promoted to District Manager. As a District Manager, Scott won the DDA (Developing District) Award in 1992, 1993 and 1994.

Scott joined New York Life as a direct appointment Sales Manager in November of 1998. As a Sales Manager, Scott was a two-time Peak Performer Award winner in the West Central Zone, ranking in the Top 25 nationally in 2000 and 2002 before being promoted to Senior Partner in September of 2002.

Scott was promoted to Managing Partner of the Vermont General Office in October of 2005 and received national recognition among the Group 4 offices by winning the SVP Life Award of Excellence Trophy, Vice Chairman’s Trophy for New Org. Retention and the GLI Income Annuity Trophy in 2006. In addition, the Vermont GO won the Mutual Funds Trophy in 2007.

Scott was promoted again in September of 2009 to run the Indiana General Office which is located in Carmel, Indiana. During his tenure, the office experienced consistent growth in production, manpower and retention. In addition, the Indiana office received national recognition among the Group 2 offices in 2010 by winning the Life Increase Trophy and in 2013 for winning the Investment Annuity Trophy.

During his tenure at New York Life, Scott personally hired and developed 3 individuals that are now in a position of agency and home office leadership within NYL (Managing Partners in New Hampshire, Ohio and a Regional VP in Dallas).

Scott joined the WestPoint Financial Group/Mass Mutual in June of 2014. Scott hired 10 in 2015 and qualified for SM Summit.

Scott currently resides in Westfield, Indiana with his wife Susan and their two children Christopher (20) and Amy (18), where he is extremely active in the lives of his children and in his community.